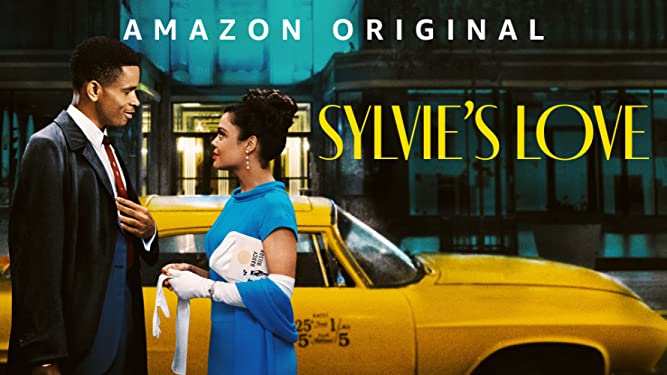 “Life’s too short to waste time on things you don’t love.”

Voicing the movie trailer for Amazon Prime’s original movie, “Sylvie’s Love” was an incredible experience. My manager, Celia Siegel, told me I would be a perfect fit for the audition, and she was right. I was thrilled to book the job and expand on my promo voiceover experience.

For the actual recording process, the producer and I worked together to record several sessions that included the original script, and many, many tags. For those that are still learning about the industry, tags help to add information to the promo spot like date, time, location, in theatres, now streaming, etc.

As the voice talent, I arrived early to the session and was already familiar with the copy (script). It was also important that I was in good health, had a great attitude, and followed the script direction and vocal inflections with precision. The tallest order of this read was pronouncing Nnamdi Asomugha without any slip-ups. Overall, working with the production company was a wonderful experience, and I’m happy to have them as a repeat client now.

The film itself is a much-needed love story. It brings us back to the classic romance that inspired other films like “The Notebook” and “Titanic.” The story had me hooked from the first line, and the film’s soundtrack was a perfect complement to the story.

Beyond the plot, Tessa,  Nnamdi, and the entire cast give a stellar performance that pulls the audience into the era of the story and allows us to enjoy the journey of love alongside them. It’s a period piece that will keep you captivated with vibrant characters, stunning scenery, and colorful costumes.

Even though the pandemic made a traditional premiere and after-party impossible, the film was still heavily promoted and highly anticipated. The lack of a physical premiere didn’t stop audiences worldwide (myself included) from enjoying the premiere on Amazon Prime Video. I guess you could say I had my own red carpet release– no fancy dress needed!

I couldn’t be more impressed with the film, it turned out beautifully.  I’ve seen it at least a handful of times, and I’m quick to suggest that others watch it.

My weakness for beautiful love stories and equally beautiful music makes me the film’s target audience. Being a musician myself, I especially appreciated the time that Nnamdi took to learn how to play the sax to bring authenticity to his role. Not only is he a talented athlete, but a dedicated actor.

I’ve always loved the promo genre of voiceover– ever since I began studying voiceover with my first coach Jessica Gee, it’s been a favorite. Her training still resonates and helps brings out the best in my performances today. Here’s to many more promo VO spots to come!